Please click on a board member below to learn more. 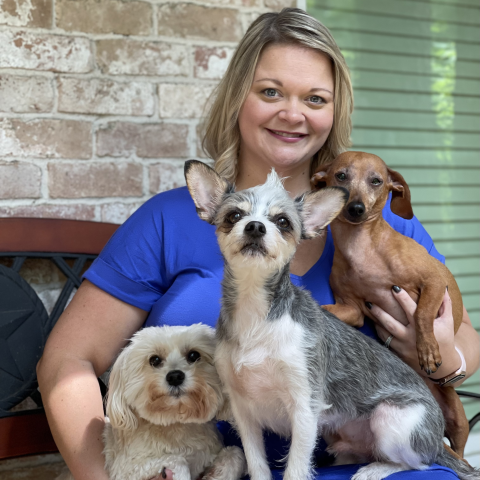 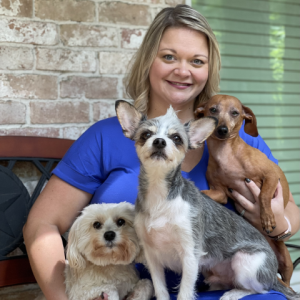 Credentials/Awards/Accolades: LVT 2003, Texas Veterinary Technician of the Year 2007, CVPM 2016Years in the Industry: Since 1999, LVT in 2003, CVPM in 2016Current Position: Regional Operations Manager, overseeing 22 hospitals, with Blue River PetCareFavorite Part of Practice Management: 100% helping practice managers feel like they are as awesome as they are, which comes with building their skills, communication techniques, efficiencies and self-esteem.Areas of Expertise: PhD in problem solving and firefighting! I love to teach practice managers how to have meaningful, engaging, positive, motivating team meetings. My team says that I excel in difficult conversations and crisis management and communication, emotional intelligence and organization. I also love the technology stuff and AVIMARK is my jam. My favorite pastime is building confidence in others, recognizing a job well done and collecting awesome pens.Favorite Work Quote: “The greatest leader is not necessarily the one who does the greatest things. [S]he is the one that gets the people to do the greatest things.” – Ronald ReaganPets: Three dogs small in stature but big in attitude. Georgia Grace, the matriarch, a 9 year old Dachshund, Riley the 7 year old Maltipoo rescue and Rascal the 5 year old Chi/Schn who has anxiety and anger issues (despite living the life of a celebrity)What She’d Be Doing if She Wasn’t in VetMed: I would like to think I would be a YouTube star but more than likely I would be an elementary school teacher.
Close 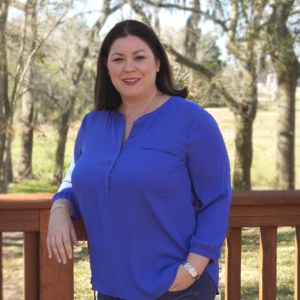 Credentials/Awards/Accolades: BS in Communication, 2017 VHMA Emerging Leader, CVPM 2017
Years in the Industry: 25+ years
Current Position: Senior Operations Manager with Valley Veterinary Care
Favorite Part of Practice Management: I believe it’s my job to set my team up for success, so I love the power of a good SOP! I’m also super passionate about KPIs and heartworm compliance.
Areas of Expertise: I’m pretty proficient with the Cornerstone. And I LOVE creating documents like marketing materials and signage for the clinic.
Favorite Work Quote: “Your value does not decrease based on someone’s inability to see your worth.” Zig Ziglar
Pets: Trooper, some kind of hound dog and Rosie a sassy terrier mix
What She’d Be Doing if She Wasn’t in VetMed: I looked into being a Funeral Director a few years back, but I’d have to go back to school. I’ve always thought it would be satisfying to work at an upscale hotel—something with impeccable manners and high standards! Maybe I should retire and go work for Chick-fil-A?! 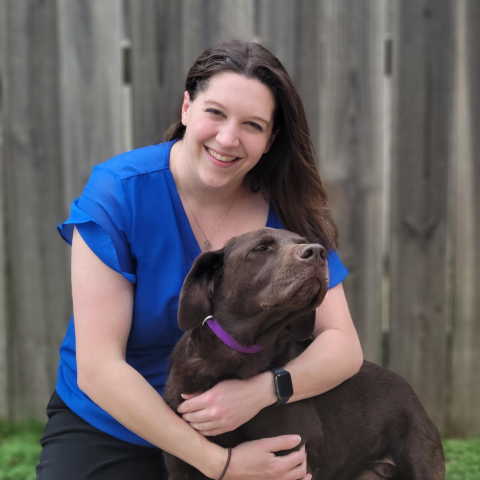 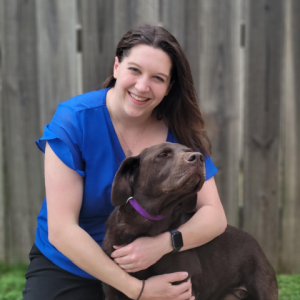 Credentials/Awards/Accolades: BS in Wildlife and Fisheries Science Texas A&M, CVPM 2019
Years in the Industry: 14 years
Current Position: Practice Manager at West Brazos Animal Center
Favorite Part of Practice Management: Caring for the clients and our employees. Puppies are a plus, but I truly enjoy the relationships that I have built with our clients and the family I’m lucky to work with.
Areas of Expertise: EzyVet PMS, Leveraging staff, KPI tracking and evaluation…anything in an excel document
Favorite Work Quote: “The number one limiting factor to your success is the quality of your employees” Mack Opperman
Pets: Kona, a Chocolate Goober lab in addition to several other dogs, cats, reptiles, assorted farm animals, other peoples assorted animals. Let’s just say it’s a zoo.
What She’d Be Doing if She Wasn’t in VetMed: Motivational Speaker?…Chicken farmer?…Hiking guide? Professional organizer? Probably a greeter at Bucees, have you seen their benefits!?! 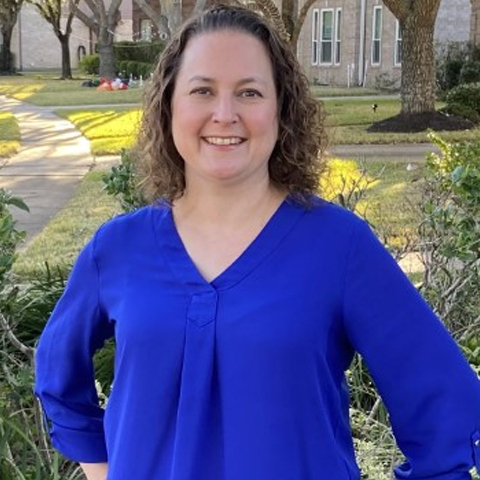 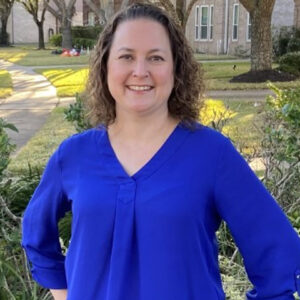 Credentials/Awards/Accolades: B.S. in Recreation, Park & Tourism Science from Texas A&M University, Class of ’97, Recipient of a 2020 VMG/VHMA CVPM Scholarship, CVPM 2021
Years in the Industry: 5 years as practice manager
Current Position: Practice Manager at Animal Hospital Highway 6
Favorite Part of Practice Management: Seeing the results of clear, understandable and enforceable HR policies and procedures in the positive attitude and behaviors of the team. Handbooks work!
Areas of Expertise: Technology, Quickbooks, Human Resources
Favorite Work Quote: “You can never go wrong doing the right thing.” — Kevin Brown
Pets: A distemper survivor rescued Pitbull with bad elbows named Ruby
What She’d Be Doing if She Wasn’t in VetMed: I was in the software training industry prior to having kids and being a stay-at-home mom for seven years and could see myself returning to training adults in some capacity.

Years in the Industry: 10 years in healthcare management before moving into the veterinary field two years ago.
Current Position: Hospital Administrator at Long Drive Dog and Cat Hospital
Favorite Part of Practice Management: Wearing multiple hats in a day keeps me on my toes!
Areas of Expertise: I LOVE just digging into the nitty gritty of the budget, removing waste, rallying my team and improving work-flow all while balancing my doctor’s needs.
Favorite Work Quote: “A leader is one who knows the way, goes the way and shows the way.” John C. Maxwell
Pets: Bo a German Shepherd, Bella a Shepherd mix, Celine a Pomeranian and Javi the black cat
What She’d Be Doing if She Wasn’t in VetMed: I’d be President of the United States! 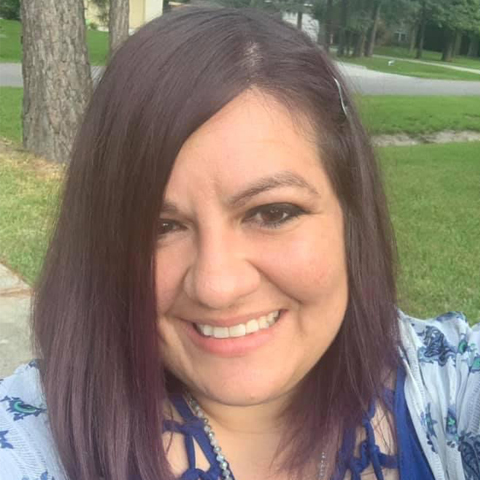 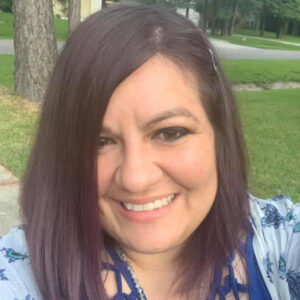 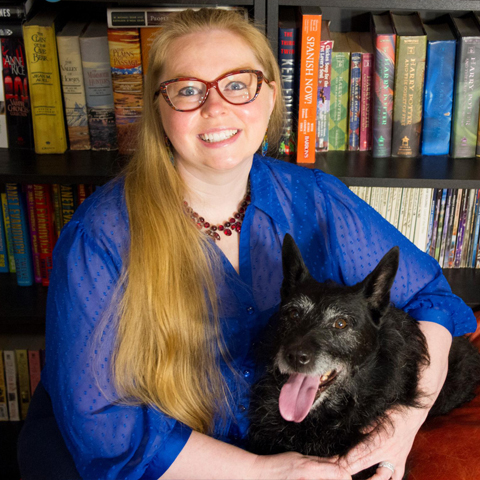 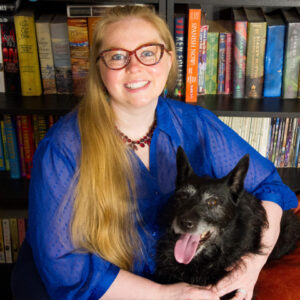 Credentials/Awards/Accolades: Associates in Business Management
Years in the Industry: 27 years, was a kennel tech for the first three years and then moved up from CSR to Practice Manager
Current Position: First Colony Veterinary Clinic
Favorite Part of Practice Management: tough question…I really enjoy leading.
Areas of Expertise: I’m not sure that I have an area of expertise, honestly. I feel like I know some things about a lot of things.
Least Favorite Work Quote: “It is what it is.”– Everyone
Pets: Sophie, a 10 year old terrier mix, Joe Dirt a 13 year old DSH, Bruce Sprinklesteen an 8 year old DLH, Doctor Colosso an 8 year old bunny (the kids named her years ago, we just call her “bun bun”)
What She’d Be Doing if She Wasn’t in VetMed: I think emergency medicine. My dad was a fire fighter and I always loved the paramedic side of things.